Showing posts from November, 2013
Show All 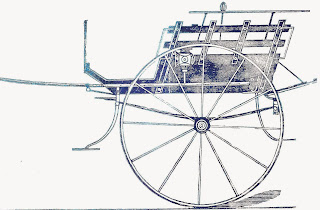 This week I purchased a lovely example of an advertising postcard and even better because it's one for a business from my lovely hometown Christchurch. Front Rear Edward Jones Carriage Builder, Sydenham Carriage Works. Colombo Street.  "Mr. Jones arrived in the Colony in 1863 by the ship “Lancashire Witch,” and is a native of Stourbridge, Worcestershire. He learnt his trade under his father in England, and on arriving in New Zealand worked at his calling for various employers for about five years before starting on his own account in Tuam Street, Christchurch. This business he conducted for about ten years, selling it out then and purchasing the present concern in 1880. Mr. Jones has made many improvements in several classes of vehicles, especially in four-wheelers, vans, and steel-framed roadsters, and imports steel and other requisites. The premises cover about a quarter of an acre of ground".[1] In 1893 Edward put forward a patent
6 comments
Read more 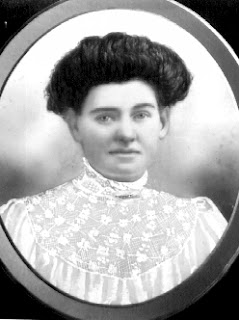 This is my Great grandma Lucy 1891 - 1961 She was born in Swannanoa, North Canterbury to James and Frances EVANS nee STEVENSON.  The third eldest of 9.  It's fair to say that she didn't make some good choices in life but then life was [in my opinion] a lot harder back then for females. Her father James [family lore has it] wanted sons - he did get one - James George [known as George] who arrived as child number 6 of the 9 in 1899.  James (senior) was harsh on his daughters and I have been told that often Lucy's sister Lillian was banished to the stairs as a child to eat her dinner. Not sure if Lucy or the other daughters were.  Photos I have of her do not show her smiling much at all. She was married in April 1911 at her fathers house in Kaiapoi to great grandad John KENNEDY [1888-1963 his parents story HERE ] and my grandfather duly appeared on the scene in September of that year.  A distant relative informed me that Lucy had done the obvious so that
Post a Comment
Location: Christchurch, New Zealand
Read more
More posts