Showing posts from June, 2013
Show All

The new, the old and disposing of the past. 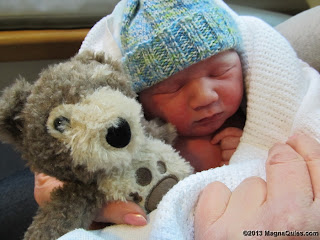 What a whirlwind few weeks its been! The New Charlie - 4 1/2 hours old   I have a new grandson!    Charlie James was born by caesarean on 21 June 2013 at 11.54am weighing 8 pounds 12 ounces. A little brother for Joseph.  He was due on the 15th June and so I flew down to Christchurch on the 13th.  We knew that if he was overdue, my daughter Jessica wouldn't be kept too long before a decision was made whether or not to have a caesarean especially after the birth of their first son Joseph, amid the tumultuous days after the Christchurch earthquake.  However, there was a snowstorm forecast for the same time his caesarean was scheduled that was meant to be the worst since the 1992 Canterbury snowstorms...luckily just days of wind and torrential rain with a smattering of snow actually occurred in Christchurch.      I've told Jess that she can't have another baby or a tornado might occur LOL! Seems her children like making their entry with a natural disaste
Post a Comment
Read more
More posts