Showing posts from August, 2015
Show All 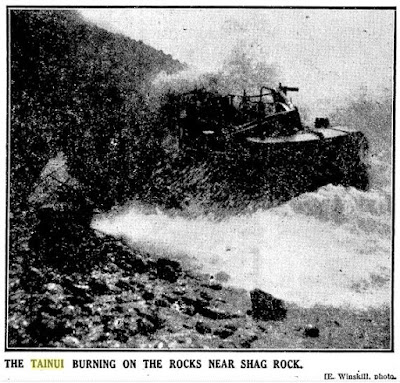 I snap thousands of grave and memorial photos.  Of course sometimes they 'ring bells' in my head as the various facts come together during research.   New Zealand is a small world after all and  lives of those who have crossed each others paths for some reason or other does happen.
Here are a couple that have that connection and one of them, Charles WILLIAMS provided a few surprises.


The Tainui which was a wooden cargo vessel, was carrying a load of benzine that it was ill equipped to do so.  The inevitable happened, she exploded near Shag Rock on the Canterbury Coast, off Gore Bay in North Canterbury and all but 1 of the 9 crew were drowned on 16th September 1919.
Excerpts from Paperspast well cover the story.
Bay of Plenty Times, Volume XVIII, Issue 7221, 17 September 1919, Page 5
Lifeboat Capsizes when Launched
The Tainui went ashore about four miles North of Gore Bay, the spot being marked by clouds of black smoke. The fire is still raging, although …
2 comments
Read more
More posts 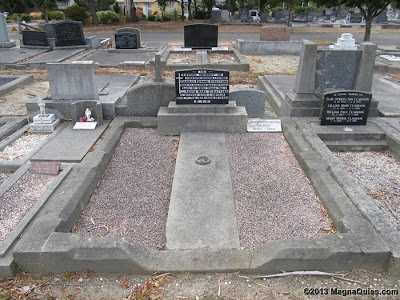